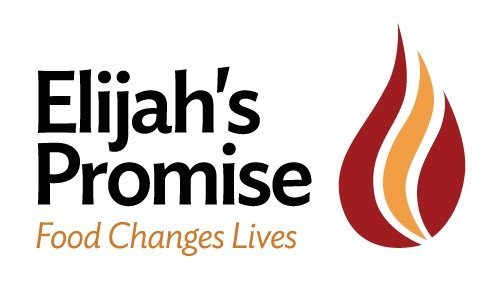 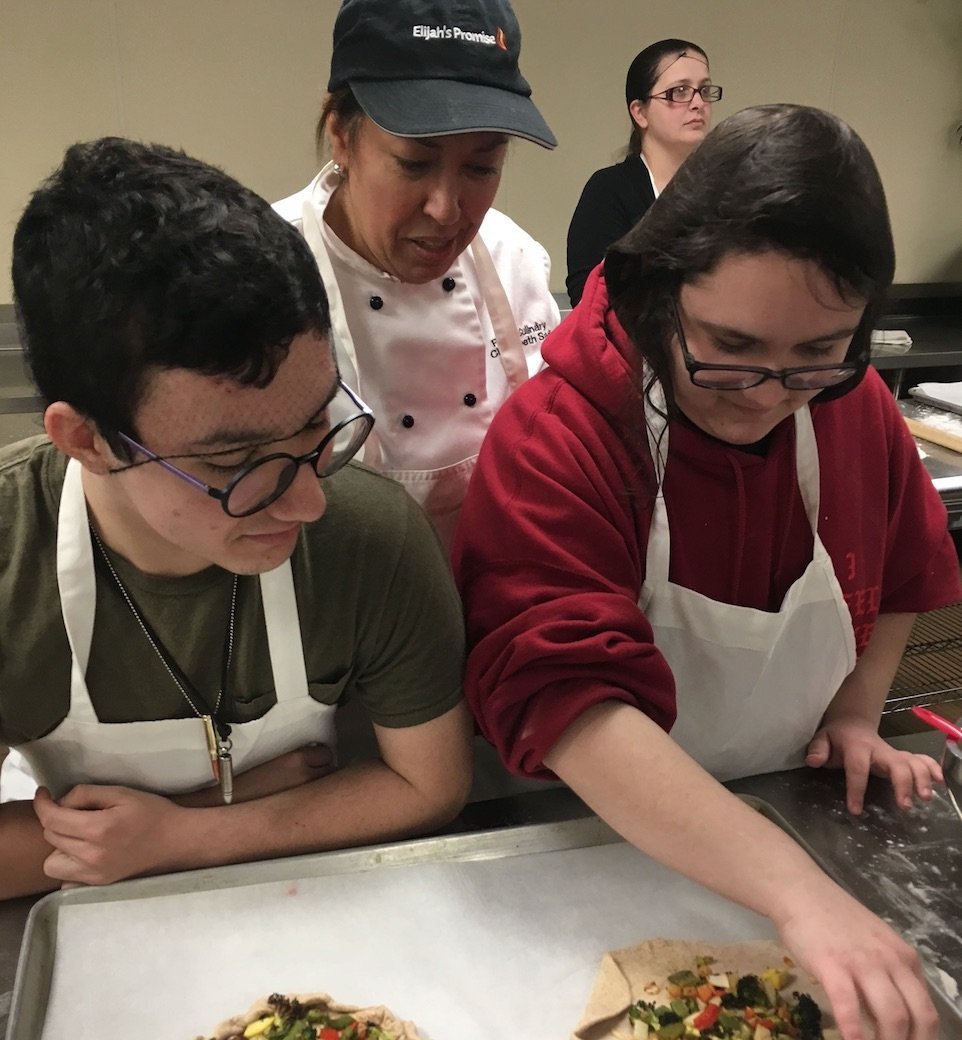 Previous item Kitchen Repair Fund for... Next item MLK Day of Service at... 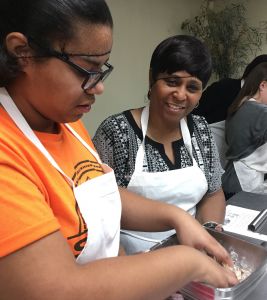 Eight-year-old Jaden had so much fun washing cookware that he soaked his shirt with the power spray. Meanwhile, his big brother Israel was so confident slicing vegetables that he was soon teaching his mother. At another prep station, teens Sharif, 16, and Sarah, 14, vied over who could roll out the roundest pizza dough.

Under the watchful tutelage of Promise Culinary School Chef Elizabeth Sadi, the young people were among a dozen adults and children who participated in January’s “Let’s Cook” program offered in partnership with the Family Support Organization of Middlesex County.

On the menu for the three-hour cooking lesson was healthy, whole wheat pizza with roasted vegetables made from scratch, — dough and all. Not the least bit daunted, the adults and children, all wearing white aprons, plunged into the task. Any shyness among them melted away as the instructional area normally used by students at the Promise Culinary School was soon abuzz with laughter and chatter.

“Here, they can come together and give each other support. They feel safe and they become friends. It helps them to see that there are other people going through similar struggles,” Meza said.

The cheerful banter throughout the evening was clearly infectious as the participants enjoyed not only learning to cook, but each other’s company. Chef Elizabeth peppered the lesson with instructions on food safety (“always wash your hands before handling food”) and knife skills (“when you peel an onion – after washing it—leave the tail end on so you have something to hold on to while slicing.”) The participants listened intently and went to work, chopping away. When she described how the process of adding yeast to water creates alcohol, Sharif piped in, “That’s science.” Chef Elizabeth agreed. “There’s a lot of science in cooking,” she said.

The lesson started off measuring the whole wheat and bread flour, adding yeast, salt, oil and water to make the dough. Then came the kneading, prior to setting the pizza dough aside to rise. The participants showed a lot of enthusiasm for slicing and dicing the onions, broccoli and peppers that would top the pizza.

“This is teaching them skills that are good for them to know,” said Jaden and Israel’s mother, Jill. “They can learn to feed themselves.”

Sharif said it was the second cooking program he’d attended. The best part? “When everyone is organizing and cleaning up,” he said. Nancy, who came with her daughter, Alexis, said she enjoyed the chance to learn something new. “I like learning how to cook pizza and doing it together with my daughter,” she said. 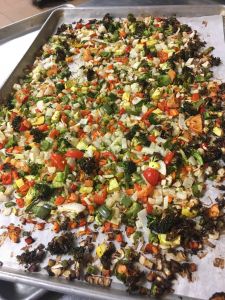 After the veggies were chopped, seasoned and put in the oven to roast, and before the dough was ready, the group followed Chef Elizabeth to the large sink to clean the bowls and knives. The adults marveled at how much the young people enjoyed cleaning up. They also learned about the importance of composting the vegetable waste.

When the dough was ready, the teams of budding chefs divided each mound of risen dough for personal pizzas, and learned a new skill – how to roll it out into a circle. They piled the fragrant roasted veggies onto the pizza dough and topped it with shredded mozzarella. Into the oven went the pizzas, each tray labeled with the cooks’ initials. 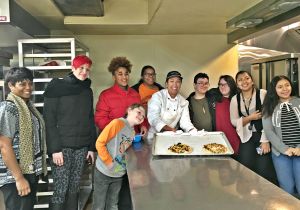 As the aroma of baking pizza wafted through the kitchen, the participants did a final cleanup. When the pizzas were ready, Chef Elizabeth wrapped each one and handed them out to take home. But some of the pizzas never made it out the door, as the newly minted cooks started munching their creations right away. Clearly, the evening had been a success. 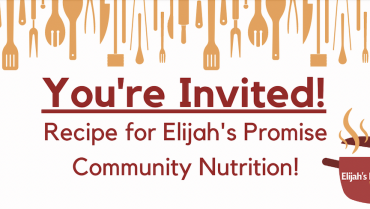 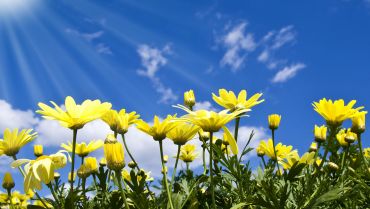 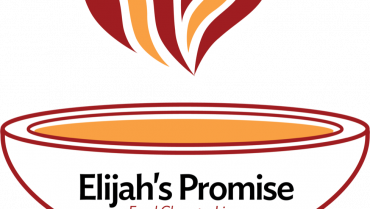